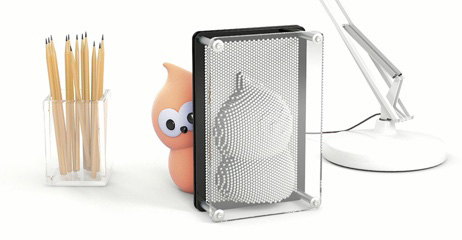 During an eco-fair the pupils found out about water usage and the damage this is doing to the environment.

We counted the toilets around the school. There were 70 in total, 68 of which were older style and used more water than necessary. We contacted the local water authority, who sent us water saving devices for all the toilets that needed them. The eco monitors then put the correct device into the cisterns of all the toilets that they could. Those they couldn’t do themselves were done by the site staff. The water meter is not accessible by the children, so the water use is monitored by the bursar and site controller who report back to the eco monitors and school council every six months.

Eco teams have presented work to the key stage 2 children in assemblies and explained why they need to save water. Many children now tell us when taps are dripping and a system is being set up so they can report directly to site staff. To further encourage water saving, three water butts have been set up around the school to water the various garden areas looked after by both pupils and ground staff.

There were some issues with access to the toilets, but these were covered by site staff for us. As stated, we can’t access water meters ourselves and the cost of moving them is not feasible, but we do have lots of support from site staff.

The pupils contacted the water authority, put the devices into the toilets and calculated how much water we should save on a yearly basis. They also tried to work out how much this would be in terms of money saved for the school. As they get this reported to them every six months it is quite hard to keep ownership.

We used information from various sources, as well as the ones from the Pod.

We had a few spare water saving devices which were taken home by the children for their toilets. They have explained to their families how to use them and why it is important to do so. Many
parents have come into school to tell us about this.

According to the bursar the water bills have dropped a lot this year, which suggests the project has been a success. The fact that children have taken the message home to their parents means that they are spreading the message successfully.

See if local water board can support with resources, or even visitors, as the children love outsiders to come in and explain things to them.

Energy saving is an ongoing project at the moment. We hope to get solar panels soon to further improve our energy saving,reducing our carbon footprint. We are also continuing to work on waste reduction and recycling.